Fletcher Building, which is under investigation for the way it handles asbestos it finds in Christchurch, insists it is treating the hazardous material responsibly and effectively. 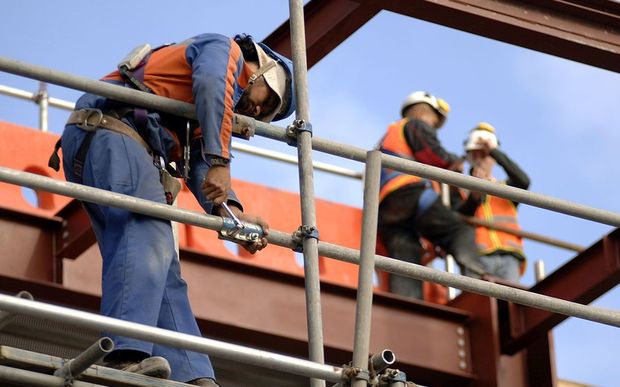 WorkSafe has applied to the Christchurch District Court for an extension of time to complete a fifth investigation into the company. The previous investigations brought no charges.

WorkSafe is examining how Fletchers goes about containing any asbestos it finds in the houses it repairs.

Fletcher Building said it had engaged with the health and safety auditor since the home repair programme began over how it handled all hazards, including asbestos.

Documents obtained by Radio New Zealand News under the Official Information Act show that WorkSafe is investigating work carried out by Fletcher Construction on behalf of the Earthquake Commission.

It is understood there were problems with how Fletchers was dealing with asbestos in houses it was repairing.

WorkSafe confirmed that in February this year that it was investigating four cases.

It is not a legal requirement for it to notify WorkSafe about cases of suspected asbestos exposure.

The documents reveal the workplace safety regulator and Fletchers began discussing the lessons learnt from those cases in February this year. They also show that in May 2011, a meeting took place between a health and safety inspector, an Earthquake Commission official and Fletchers about one contractor's poor management of asbestos.

Documents obtained under the OIA from the Earthquake Commission show that contractors were provided with a formalised process for identifying asbestos-containing materials, the testing of it, and the removal process once what was described as a "first directional document" was finalised on 19 January 2011.

As at 31 December 2013, 59 homes have been closed down because of potential exposure to asbestos out of over 51,000 completed repairs.

Radio New Zealand asked EQC how many contractors could have been exposed to asbestos and it responded by saying "it is not possible to quantify that risk". It said while Fletchers maintains records of accredited main contractors within claims files, there is no centralised database recording the repair methods used in individual properties.

EQC says the potential exposure to asbestos in the Canterbury Home Repair programme is low due to the processes in place to manage that risk.

WorkSafe says as part of the changes to the health and safety legislation in 2014, the Asbestos Regulations are also being reviewed and are due for completion in 2015.

A lawyer representing people exposed to asbestos in the Christchurch rebuild says the problem is far greater than anybody understands.

David Beck does not believe the number of complaints is a true reflection of the situation. He said he had heard anecdotally that contractors were not complaining about asbestos exposure because they were afraid of losing their jobs.

Mr Beck said the system was failing because it relied on voluntary codes to be complied with, without a rigourous enforcement system.

He said all asbestos finds in Christchurch should be registered and it should be notified in the building's LIM report.

Mr Key said WorkSafe is investigating whether companies like Fletchers Construction have put contractors at risk.

Earthquake Recovery Minister Gerry Brownlee said he wants to see better co-operation with WorkSafe from the likes of Fletchers, as well as private sub-contractors, as the regulator continues its investigations into possible incidences of exposure.

Mr Brownlee said the Accident Compensation Corporation has made provisions for any claims arising from exposure to asbestos.