An inmate from Auckland Women's Prison has gone to the High Court in a bid to overturn a Corrections Department plan to rent televisions to prisoners. 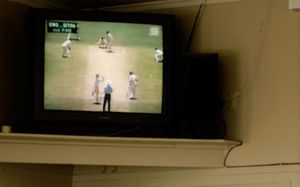 Prisoner Kerryn Mitchell argues the policy due to be introduced later this year breaches prisoners' rights.

At present, inmates are allowed their own television sets but the department said that could cause discontent among prisoners who did not have one, and the sets could also be used to store contraband.

Instead, it wanted to rent televisions to prisoners for $2 a week for prisoners in single cells and $1 a week for those in double cells.

She said paying $2 a week for a television would severely affect the amount she had left from her prison earnings to buy small luxuries such as extra fruit and muesli rations.

But the Corrections Department defended its plan and said there were more than 300 incidents of prisoners storing contraband in TV sets each year.

Corrections Department lawyer Charlotte Griffin told the court it would be easier for guards to check the TVs if all prisoners had the same type of set.