Internet businessman Kim Dotcom has lost his fight to keep the FBI's summary of evidence against him secret. 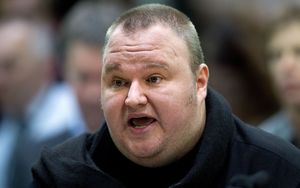 A 200-page document, known as the Record of Case, has been suppressed throughout the United States' attempts to extradite Mr Dotcom after he was arrested at his Coatesville mansion, near Auckland, in January 2012.

Mr Dotcom and three other men are accused of copyright infringement and money-laundering charges relating to the now-defunct Megaupload website.

On Friday, Judge Nevin Dawson lifted the suppression order, despite an application from Mr Dotcom's lawyers for it to continue.

The summary contains large numbers of email and Skype messages between Mr Dotcom and Megaupload employees that suggest they knew their users were uploading copyrighted material.

Judge Dawson also dismissed applications from Mr Dotcom to force half a dozen government departments, including Immigration New Zealand and the Security Intelligence Service, to hand over all information they hold about him.