An American charter school operator, religious trusts and Maori organisations are among 19 groups contesting the the next round of applications to run a charter school.

The Ministry of Education has published a list of organisations that have applied to open new schools in 2015. 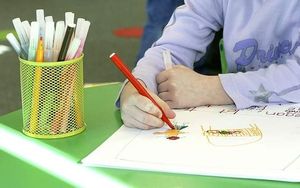 The first group of the publicly-funded private schools opened this year and the applications are for schools that will open next year.

The applicants include four that applied in the first round and missed out, and two, the Villa Education Trust and Te Puna Marama Trust, which were successful and are running charter schools in South Auckland and Whangarei.

As with the first round, the pool of potential charter school owners is dominated by Christian, Maori and Pasifika organisations and groups based in Auckland.

Among new applicants is a trust linked to Pathways in Education, an American organisation that runs 30 charter schools there.

There is also an Islamic trust, a Turkish organisation and several Christian, Maori and Pasifika organisations including the Manukau Urban Maori Authority.

The Government said it would prioritise applications for those that cater for primary-age students, are based in areas of roll growth and are large enough to be viable.