Flocks of seabirds are being blamed for declining numbers of toheroa shellfish on the North Island's west coast, near Dargaville.

The toheroa was once considered the prime seafood delicacy of New Zealand, but its population crashed after years of overharvesting. Collecting the shellfish is prohibited unless an open season is declared by the Director-General of the Ministry for Primary Industries.

But local fisheries expert Des Subritzky said thousands of South Island Pied Oystercatchers were devouring the toheroa and the birds need to be culled to prevent the extinction of the shellfish.

Mr Subritzky told Radio New Zealand's Morning Report programme that between December last year and this month the shellfish had been wiped out on a 25km stretch of beach Pouto Peninsula and Oturei .

"There'll be a bit of a hue and cry but there are thousands of birds over the other side (of the peninsula) - if all their mates come across they could wipe the beach out in days."

He said locals had been doing most of the work to protect toheroa and the Government should act now to preserve them.

"A lot of what the (Ministry of) Fisheries has got has come through the locals who have worked on the beach and studied it," he said. "I spoke to DOC and Fisheries the other day and they weren't interested." 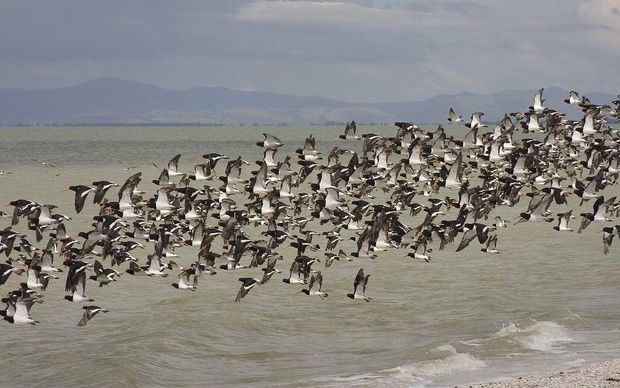