Sky City's chief executive is to give evidence next week about the casino's donation to ACT MP John Banks, which the MP told police he knew nothing about.

Mr Banks is before the High Court in Auckland accused of filing a false electoral return after his failed Auckland mayoral campaign.

The trial has been adjourned until Monday after hearing extracts on Thursday from a lengthy interview Mr Banks gave police in 2012.

It is over the question of whether he knew about money from Sky City and the internet businessman Kim Dotcom which was listed as anonymous.

Mr Banks told the police in the interview, played in court, he couldn't remember any dealings with Sky City about donations. 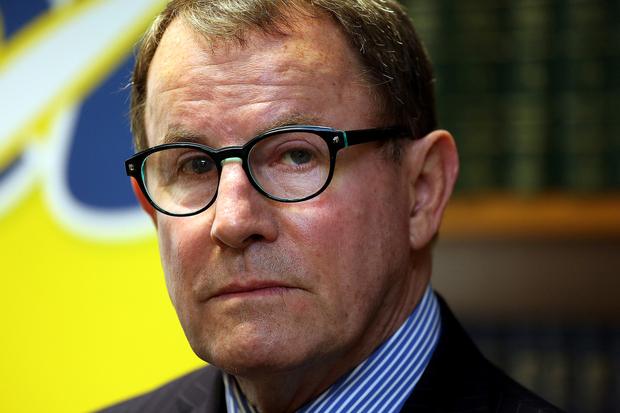 John Banks told the police the campaign to be mayor of the new amalgamated Auckland was back-breaking and mind-bending work.

On Thursday a recording of the police interview with Mr Banks revealed he told Kim Dotcom that his donation to a failed mayoral bid could be anonymous.

The Crown's case is that Mr Banks knew of the $50,000 donation from Kim Dotcom and $15,000 from SkyCity, although the return listed them as anonymous.

In the 2012 interview with Mr Banks played in court he said to detectives he told the internet businessman he could make his donation anonymous.

Mr Banks said he gave Mr Dotcom's security chief a bank deposit slip. He also confirmed he would have called Mr Dotcom and thanked him for his support, despite not knowing whether the cheques were cleared.

In the interview, Mr Banks said he did not read the electoral return before signing it because he trusted his campaign treasurer who had worked on four campaigns with him.

He also said he got legal advice in 2007 that he could fund his mayoralty race through a secret trust or do it in the spirit of the law. He said he chose to be open and transparent.

Mr Banks said he met Kim Dotcom at his Coatesville mansion, near Auckland, and described seeing six chefs and a gold fish tank the size of a room. He said Mr Dotcom talked about playing video games for four days and five nights.

Mr Banks confirmed he had asked Mr Dotcom for money and described the entrepreneur as being on another planet.