The Assistant Police Commissioner says police accept a watchdog's findings on the so-called Roastbusters case in which they mishandled media queries, but it was "an honest mistake".

Police are still investigating a group of young males who boasted online about having sex with drunk teenage girls in Auckland, some of them under age.

Police originally said they had not been able to investigate the Roastbusters group because no one had made a formal complaint. A few days later, in November last year, it emerged that four girls had come forward and one had given an evidential video interview.

The Independent Police Conduct Authority has found there was a systemic communication breakdown. One detective knew that a complaint had been laid, but failed to clearly convey that to colleagues answering media questions.

IPCA chair Judge Sir David Carruthers says police did not deliberately mislead the media and no individual officer can be criticised, but the mistakes undermined public trust and confidence in the police.

At a news conference in Wellington on Thursday, Assistant Commissioner Malcolm Burgess said police accept the findings and hope this doesn't happen again.

"The IPCA said that this was essentially an honest mistake - and we agree. The person involved is well aware of the mistake they've made and they've learned from that."

Mr Burgess said no action would be taken against any officer, but admitted that regrettable mistakes had been made. He said the report found that the communication breakdown was not just that one person's fault.

The police investigation into the teenage boys, called Operation Clover, is being prepared for legal review. Assistant Commissioner Burgess said if there was any initial damage to that investigation, it has been repaired. He said police have been in touch with a large number of young women during the inquiry and have satisfied their concerns about the investigation. 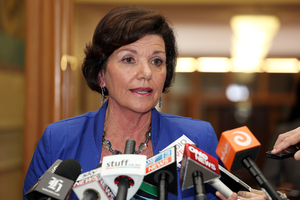 Mrs Tolley said the mishandling of media queries has had a devastating impact on potential victims. She told Radio New Zealand's Checkpoint programme on Thursday she will follow up with Police Commissioner Peter Marshall to ensure the mistakes made won't be repeated.

Mrs Tolley said the detective's failure to tell colleagues he knew of a complaint is disappointing. "Sexual violence is such a sensitive area. Police are always very careful about what they say to the media in case they get something wrong, and this is a classic example of why - because it can do damage to victims."

The minister said police are very used to speaking to the media and always talk about making sure what they give is accurate. However in this case, it was very clear that no one had this uppermost in their mind.

"They're talking about being a much more victim focused service, then they have to really - particularly in the area of sexual violence - they have to be doubly careful that whatever they say in public through the media is 100 percent correct."

Mrs Tolley said police made basic mistakes, but the systematic breakdown identified by IPCA applies only to this case - not the entire force.

But Labour Party MP Jacinda Ardern believes the mishandling of the media questions is a symptom of wider problems within the force.

Ms Ardern said the report points to constraints on police in terms of time and resources which impacted on their response in the case - and that should be a cause of concern for the Police Minister and the public.