Solid Energy says rumours about job losses at the Stockton mine on the West Coast are pure speculation. 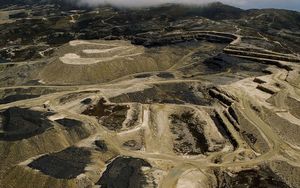 Rumours have been circulating that 150 jobs are to be axed at the open-cast coal mine.

Solid Energy confirmed teams working at Stockton have known for some time a reorganisation is underway.

Spokesperson Bryn Somerville said it's understandable this has led to concerns over potential job losses, but the timing is not correct.

The Stockton mine manager told crews last week the restructuring process was taking longer than planned and they would be informed of the outcome as soon as possible.