It's been two weeks since legal highs were banned and drug addiction centres in Christchurch are beginning to see an increase in people needing help.

As people's supplies dwindle, addiction services in the front line are expecting numbers to rise.

Lisa, who does not want her last name to be used, is participating in a two week detox programme in Christchurch, after getting addicted to synthetic cannabis.

She said she had been clean for eight days now, but it was a very different story before that.

"Before I even got a job I was doing it all day, all afternoon, all night. I was asking all my family for money and if they said no I'd get really angry, get violent."

Lisa said she smoked legal highs for two years and described her life as a big cloud of smoke. She said trying to quit the habit began to take over her life.

"I'd start panicking, anxiety, all I could think about was how I could get my next hit and what would I do to get my next hit. I never managed to go and steal for it but I was pawning my son's playstation and he would say, oh yeah that's ok mum, as long as I get $20 that's fine."

Lisa said Monday night was the first night in 10 years she went to sleep without drugs to help. 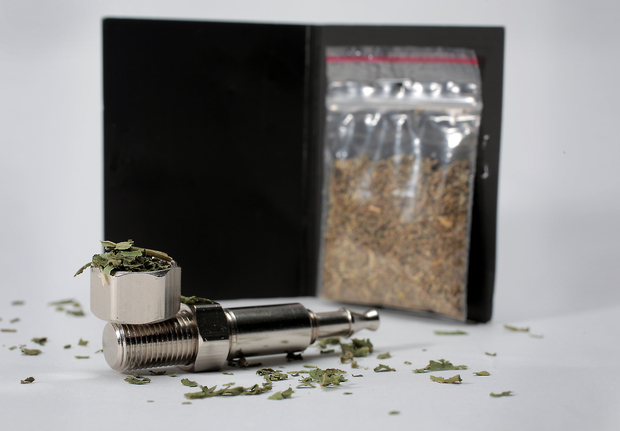 Another Christchurch resident, who did not want his name to be used, said he still smokes synthetic cannabis while he has access to it.

He said it was the worst drug he had used.

The 47-year old said he planned to wean himself off it before his supplies run out, because the addiction had led him to consider crime, to get a fix.

"I wanted it that bad, didn't have the money and I just figured I'd walk into the Warehouse, grab a TV, walk out, sell it, and there's my synthetics, sorted. That's not me, I don't do things like that, it's just crazy. It's changed me into a person as well, doing things I don't normally do."

Christchurch City Mission alcohol and other drug services manager Jan Spence said in the two weeks the products had been banned, the number of people needing help had increased.

"We've had an increase of referrals, probably about 20 people in the last two weeks to our services' as a direct result of the substances."

Jan Spence said they were expecting numbers to keep rising over the next month, as people's stockpiles run out.

The Alcohol and Drug Central Co-ordination Service dealt with 300 people between January and May last year, but that figure has jumped to more than 500 this year.

A registered nurse at the service, Steve Jones, said the service hadn't seen a big jump in demand since the ban came into force, but people might be going elsewhere for help.

"I suspect a lot of people are going to their GP's now. There's been a detox protocol put out by the community alcohol and drug service to assist GP's of what to do, so we may not see as much as the GP's do."

Steve Jones said the service had seen less than 10 people for synthetic cannabis use, in the past two weeks.

A spokesperson for the Christchurch Hospital Emergency Department said it had also seen 10 people in relation to synthetic products in the two weeks since the ban.