British news outlet the Daily Mail has published testimony from two other New Zealand cricketers, Lou Vincent and Brendon McCullum, in which they say a big-name cricketer identified only as 'Player X' asked them to fix matches. 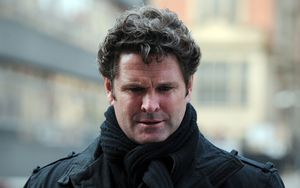 In a second statement released on Tuesday afternoon, Mr Cairns said it is being alleged that he is that player - but any allegation he was involved in match-fixing is a complete lie.

He said he has not been interviewed by the International Cricket Council over the claim.

In 2012, Mr Cairns won a libel case against the former commissioner of the Indian Premier League, Latit Modi, over claims of corruption in the Indian Cricket League.

While Brendon McCullum is not under investigation, the leaking of his evidence has raised concerns that revealing his testimony will put others off speaking out. 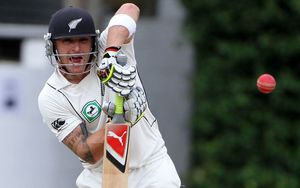 "It's not going to pleasant at all for cricket, it's another dark episode of a pretty dingy history."

Mr Hawkins said there will always be shock and anger when a big name player is revealed to be involved in match fixing.

The Daily Mail reported that Brendon McCullum told ICC investigators he was offered $200,000 to fix matches by a former international player in 2008.

The New Zealand Cricket Players' Association has grave concerns about the future of the game's anti-corruption unit.

In the past week match-fixing testimony from two New Zealand cricketers have been leaked to the media, leading the players' association to say it completely undermines any trust or confidence players may have in cricket's anti-corruption systems.

Chief executive Heath Mills said two or three member boards want to be more involved in the review of, and future handling of, the ICC investigation unit.

He said that wasn't a good thing as the anti-corruption work needed to be independent of political interference.

Mr Mills said the last thing they wanted was for a member board, or chairman of a member board, to be running the unit as it would then not be free of political interference.