A coroner is urging boaties to ensure their lifejackets are in working order following the death of two boaties off the coast of Kaikoura last year.

The call follows an inquest into the deaths of Ronald Monk and Auguste Reinke, both in their seventies, who died off the coast of Kaikoura in December last year. 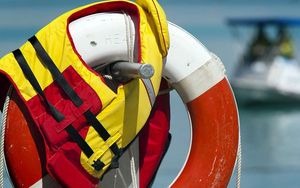 In a report released on Monday, coroner C J Davenport found both men died by drowning when the boat they were using to collect crayfish pots overturned.

Mr Reinke was not wearing a lifejacket while Mr Monk was wearing an inflatable lifejacket that was not inflated.

Mr Davenport found the auto-inflate function had already been used and not been re-serviced.

In his report he stresses the benefit of boat users wearing a suitable lifejacket and the importance of maintaining them in an operational condition.

Maritime Safety NZ spokesperson Steve Rendle said boaties must be more vigilant with auto-inflatable jackets than with traditional ones.

He said the inflation jackets are becoming more and more popular over the traditional jackets, as they're less bulky and easier to manoeuvre in.