Tens of thousands of people are failing to turn up for jury duty, without being excused or seeking to defer it. 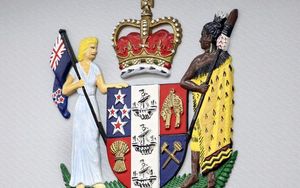 Figures obtained by Radio New Zealand News under the Official Information Act reveal that in 2011, 40,993 people failed to show without giving a valid reason.

He said the ministry preferred to educate people about jury service, rather than impose fines for not showing up.

"We have quite a comprehensive set of information on our juries' website and the ministry's website, we provide brochures and information at our court houses, so we would prefer to continue to educate the public around the essential nature of jury service," he said.

"I suppose a part of it is just trying to put the moral side of it, which is it is part of your public duty, it is one of those things that you have to do if you are a kiwi, that it is such an essential part of our legal system that we really rely on you to do it and if you don't do it, or you don't put your name forward, then you are letting everybody else down," he said.

The official documents showed people can be fined up to $1000, but only a handful have been in the past seven years.