The Privacy Commission says it will take action against mobile app developers if they misuse people's personal information.

The commission and its counterparts in 26 other countries have just wrapped up a sweep of mobile apps. 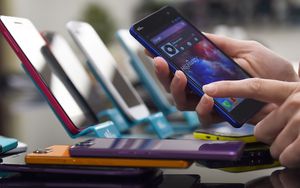 Analysts suggest more than 50 billion mobile apps were downloaded in 2013, generating more than $27 billion in revenue.

An assistant commissioner, Katrine Evans, said the exploding popularity of mobile apps - often with GPS capability - raises concerns about whether people realise their information is being stored and shared.

Ms Evans said people with concerns about the apps they are downloading should contact the commission.

Privacy lawyer Hayden Wilson said people signing up to a mobile app often don't realise how much information they are giving away because the details are hidden in the small print.

If mobile app developers misuse customers' information they face a backlash from customers and regulators, he said.