A public square in downtown Auckland is closer to being sold after councillors approved the idea in principle.

Some are unhappy at the speed the council is pursuing talks with Precinct Properties, which wants to use Queen Elizabeth Square in a redevelopment of adjacent buildings. 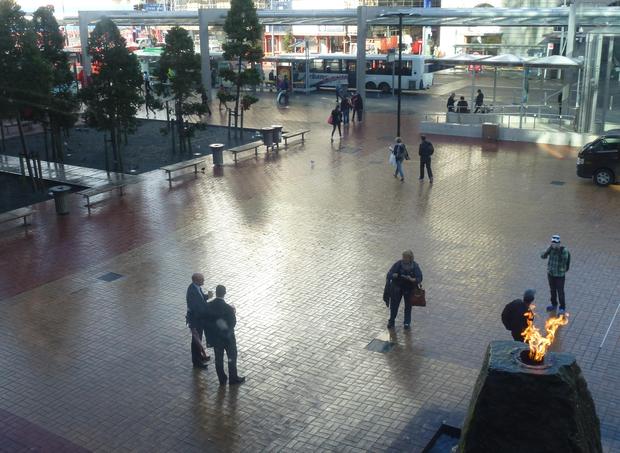 Precinct Properties has not revealed much detail but has said its plans include a 36-storey office block and three-level shopping centre.

Some councillors say the 2,000 square metre site is windy and inhospitable, and may be improved by the proposed development.

"We have got no information yet on Queens Wharf, the Ferry Basin, we've got some ideas about about bus interchanges nearby, we don't know how Customs Street marries into this. Then we've got this commercial proposition and the possible colonisation of public space."

Precinct's plans have another element important to the council. The proposed downtown rail tunnel will run under the site, and Precinct has already raised with the council the possibility of building that stage at the same time as it carries out the redevelopment.

Council's chief executive Stephen Town said it was a unique chance to explore a comprehensive redevelopment of the area with a single landowner. He told councillors they needed to have faith that the council organisation can work through the details.

"We have got to get used to the reality that we are not going to have a perfect blueprint for every square metre of downtown space so that we can make 20 years of decisions in one place on one day - it's never going to be like that."

The Development Committee chair, deputy mayor Penny Hulse, told councillors they would still be the ones to decide whether the sale went ahead, after further talks had been held with Precinct Properties.

Councillors will get a progress report on the talks, in August.