New Zealand's system of eight universities has been ranked 16th best in the world in an international league table.

But the ranking, by the Universitas 21 group of universities which includes the University of Auckland, says New Zealand is punching well above its weight given its wealth. 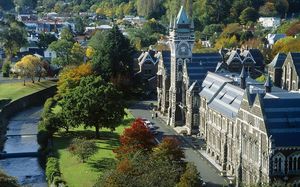 The ranking is based on measures including government funding as a percentage of GDP, the number of research articles and the proportion of international students.

New Zealand is ranked second for its regulatory environment for universities, but hasn't done so well in other measures.

Overall it is 16th, down from 14th in the preceding two years and well behind leader the United States.

However, when the rankings were adjusted for GDP per capita, New Zealand rises to fifth place with Sweden placed first.