The extradition hearing for Kim Dotcom could be adjourned for the third time.

Judge Nevin Dawson has heard four days of legal argument from lawyers for the United States authorities and Mr Dotcom in the Auckland District Court.

The arguments included an application for an order to force the SIS to reveal whether or not it allowed Mr Dotcom to become a permanent resident of New Zealand only so it would be easier to have him extradited to the US. 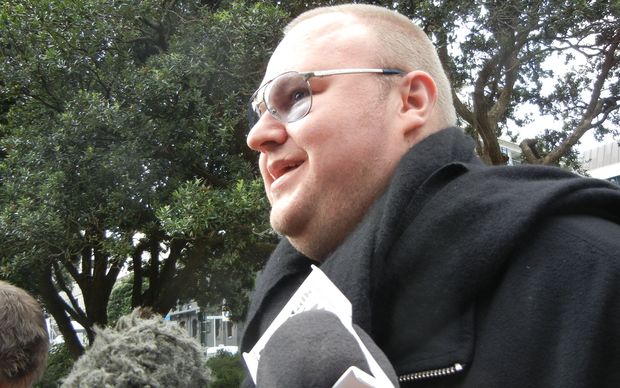 It also included a plea for Mr Dotcom to receive 18 of his hard drives taken after his arrest at his Coatesville mansion during in January, 2012.

Judge Dawson said he would make his decision on the applications before deciding whether or not the extradition hearing will take place in less than two months.

The initial hearing was to be in August 2013 but was moved to April this year before being shifted to July. Now the July date is in doubt.

Mr Davison said Mr Dotcom couldn't get a fair hearing without access to his computers.

He also accused the Police Commissioner of using the matter as leverage to gain access to encrypted files.

The High Court has already ruled Mr Dotcom can have his hard drives, provided he hands over the encryption codes.

Mr Davison said Mr Dotcom has agreed to do that but only to New Zealand police so they may review the information in the encrypted files, and if it was not relevant to the case, then not pass it on to US authorities.

Mr Davison said Mr Dotcom had no confidence in the US authorities.

Appearing for the US Government, Christine Gordon QC, said once Mr Dotcom handed over the encryption codes, police would give him copies of the hard drives.

Ms Gordon said Mr Dotcom had said he would hand over the passwords but had since said he couldn't remember them.

Mr Davison has previously said there are a series of prompt files on the computer which will help Mr Dotcom recover the password.

And Ms Gordon said if Mr Dotcom put forward a reasonable procedure then police might agree, but authorities could not hand over potential evidence to people facing serious criminal charges, without knowing what that evidence was.

Judge Dawson said it was a High Court ruling which granted Mr Dotcom access and he asked the lawyers why he shouldn't send the matter back to the High Court to decide how best to resolve the question.

Judge Dawson reserved his decision on the matter.