The Auckland District Health Board (DHB) plans to carry on with a drug trial on patients who can not give consent, despite ethical and legal concerns. 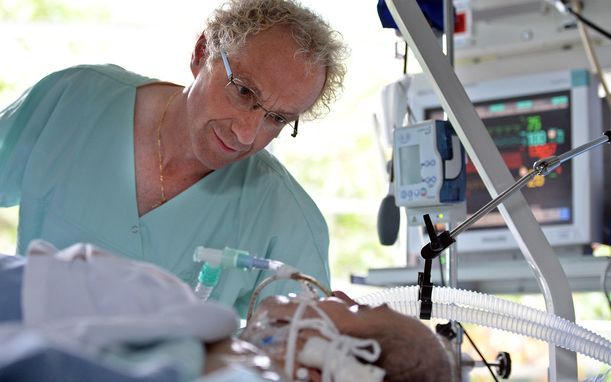 Clinical trials on patients who can't give consent raise spectre of another unfortunate experiment. Photo: AFP

Documents from the northern ethics committee show researchers have asked to test a new antibiotic at Auckland and Christchurch hospitals on people so sick they can not give consent.

Relatives will be informed and the patient asked for retrospective approval after they recover.

The treatment was designed for people who were on ventilators in intensive care so needed to be trialled on the same type of patients, she said.

If it was successful, it would give doctors another option for treating antibiotic-resistant infections.

Bryan Fergus, who chairs the health ethics committee which would approve the trial, said informed consent was not under threat.

Dr Fergus, whose committee has to give the final word on the tests, said he was waiting for the latest legal advice before deciding.

"We'll stand by the principles of informed consent for trials, and we would be very reluctant in terms of people who can't give consent.

"It could only be on very special occasions, with appropriate safeguards."

Dr Fergus said the committee wanted to be sure there were benefits to patients.

The code of patients' rights stated any trial where someone could not give consent must be in the patients' best interests.

But Auckland University medical law lecturer Jo Manning said the study did not meet the legal test of acting in a patient's best interests.

That was because the new treatment was not necessarily any better than the current one, she said.

Separately, a health advocate had spoken out out against clinical trials on unconscious patients without their consent, with relatives asked for approval, and the patient asked later - if they recovered.

Researchers believe several thousand people have been through such a process.

"We are not going to go back to this 'doctor knows best, or the researcher knows best'. There needs to be a lot more focus on ensuring that patients aren't being enrolled in these kinds of trials without their knowledge or consent."

Ms Williams said she believed it was taking the health system back to before the Cartwright Inquiry into unethical experiments on women.