A lawyer who specialises in workplace health and safety says a private prosecution against a forestry company will be very difficult and expensive. 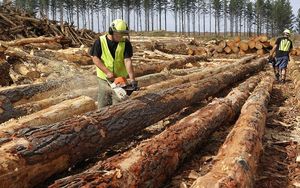 The Council of Trade Unions is to take action against a Tokoroa forestry company over a worker's death. Photo: PHOTO NZ

The Council of Trade Unions has won the right to prosecute a Tokoroa company over a worker's death on a forestry block in 2013.

Grant Nicholson says only one private prosecution for a workplace accident has been successful in the past decade.

He says the CTU will need to prove the charges, just as WorkSafe would have had to, but it will not have the same resources.

The CTU will start work this week on compiling its evidence for its private prosecution.

It has been granted leave by Rotorua District Court to charge Tokoroa firm M $ A Cross Ltd with failing to take all practicable steps to keep Charles Finlay safe at work.

CTU president Helen Kelly says the death was avoidable and the industry needs to be held accountable.

"The prosecution in relation to Charles Finlay, we believe, should have been taken by WorkSafe. And we're now left taking four prosecutions, so Charles is just one but there are three others also in the pipeline; and that is an undertaking that shouldn't be left to us.

Mr Finlay died on the job last July; his body was found crushed by a log.