The owners of Pike River Mine, Solid Energy, say footage from a video camera which has been put down the main tunnel, shows the rockfall is larger than was initially thought.

Twenty nine men died in a series of explosions at the West Coast mine on 19 November 2010 and their families have been told Mines Rescue teams expect to enter the tunnel next month. 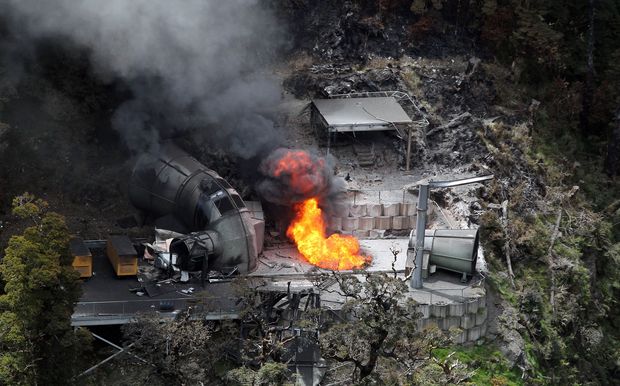 Mine Rescue will enter Pike River Mine next month. Photo: AFP

Solid Energy says the footage shows no sign of vehicles or human remains in the area area around the rockfall.

It says the images are extremely hard to make out but the latest video shows the rockfall is larger and comes further down the drift towards the spot where it's planned to plug the tunnel.

The company says the atmosphere where the camera was put down was 100 percent methane.

No cap of mine re-entry funding

Prime Minister John Key said there is no cap on the money needed to get back inside the main tunnel at Pike River mine.

Families of the miners who died at Pike River have expressed concern that such a cap exists.

But John Key told Morning Report everything possible will be done to get up the tunnel and the money will be provided to make that happen. 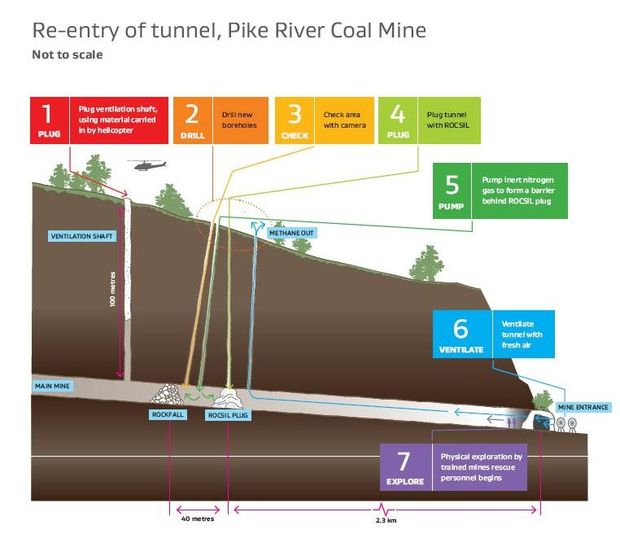 Mr Key said money is not an issue when it comes to getting back in the tunnel, but the main thing that has held up re-entry so far is ensuring the health and safety of the mines rescue staff who will go in.

"We lost 29 incredibly brave men in that mine, and we've got to be absolutely sure we don't lose anybody else."

But Mr Key said he is deeply sceptical anyone will ever get back into the main workings of the mine.

West Coast MP Damien O'Connor meanwhile said Solid Energy's board of directors is being overly cautious about re-entering the mine.

The date of re-entry has been pushed back several times already.

Mr O'Connor said the board has limited mining experience.

"And there has been some dispute between those doing the work at Pike River and the board as to what is reasonably safe, and what can be done."

Mr O'Connor said while there is a need for caution, you cannot have zero risk.

However, secretary of the Pike River families committee, Carol Rose, said the new board is somewhat reticent about the plan to go up the main tunnel.

Ms Rose said there is a well-proved system for re-entering mines and she believes the Pike re-entry plan is a good one.