An environmental group claims an Australian company awarded a five year permit to look for gold on the central volcanic plateau has also gained a prospecting permit for an adjacent area that's a habitat for North Island kokako. 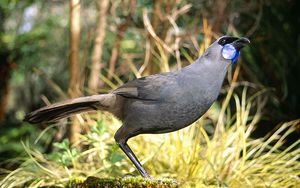 Energy and Resources Minister Simon Bridges announced on Friday that Silver City had been permitted to explore a 33 square-kilometre area south of Kawerau.

But the Royal Forest & Bird Protection Society of New Zealand said the company has also been awarded a two year permit to prospect for gold in a further 61 square-kilometres beside the exploration zone.

Spokesperson Kevin Hackwell said this is clearly shown on the New Zealand Petroleum and Minerals website.

He said 1200 pairs of the North Island kokako are thought to remain. About 30 percent of them live on the land to be mined.