The widow of a worker killed on the job on a forestry block last July is calling for the MInister for Labour to make urgent safety changes in the sector.

The Council of Trade Unions has been given the go-ahead to charge Tokoroa firm M & A Cross Ltd with failing to take all practicable steps to keep Charles Finlay safe at work. 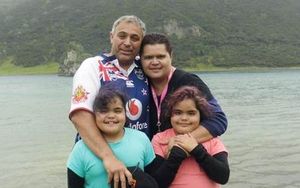 Mr Finlay's widow, Maryanne Butler-Finlay, said she was blown away that the CTU was now pushing ahead with a prosecution.

Mr Finlay died while working in the dark. His body was found crushed under a log.

Ms Butler-Finlay said six men had died since her husband was killed, and urgent changes were needed to improve health and safety.

She would like to deliver a message directly to the minister, Simon Bridges, saying she would tell him: "I'm ashamed of you for not standing up and doing your job."

Mr Bridges said he had encouraged the industry to report back swiftly with the findings of an independent inquiry into safety, which had had Worksafe input.

On Friday Rotorua District Court on Friday granted the CTU the right take a private prosecution against M & A Cross.

The CTU will lay charges against the company of failing to take all practicable steps to keep the 45-year-old safe at work. His case is one of four the council was seeking to take legal action over.

President Helen Kelly said Mr Finlay had been in the forestry industry for 27 years, worked 11-and-a-half hour days and earned $16 an hour.

Ms Kelly said the union organisation took the unusual step of asking to prosecute the company itself because the Government had declined to do so.

"We think we need to build a case where there is a demand that workers can go to work and return home safely."

Ms Kelly said there were 10 deaths and more than 200 serious harm injuries in the forestry industry last year but few prosecutions had been brought.