Dog owners are being told to take responsibility for their animals following a fatal attack on a young brown kiwi. 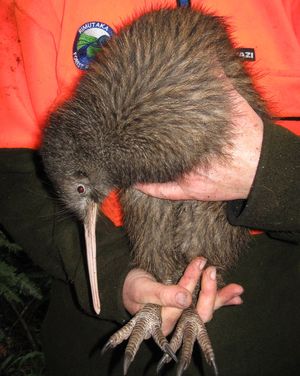 The bird, named Otautahi, was released into the Rimutaka Forest Park near Wainuiomata two years ago and was being tracked by volunteers.

Rimutaka Forest Park Trust spokesperson Melody McLaughlin said the kiwi might have produced more than 20 chicks in his life time.

She said the death could have been avoided if the dog was kept on a leash.