Anti-tobacco lobbyists are applauding a cut to duty-free allowances for tobacco from 200 cigarettes to 50 - or two packs.

The change from 1 November will align New Zealand with Australia's allowances.

Associate health minister Tariana Turia said the cut was a further step towards reducing the harm caused by smoking.

Mrs Turia said it would reduce avenues for cheaper smoking which are out of step with tax hikes on retail tobacco designed to make New Zealand smokefree by 2025. 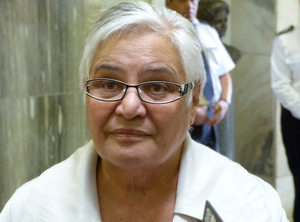 She said that, as taxes on cigarettes rose, more and more duty free products were coming into the country.

Anti-tobacco lobby group Action on Smoking and Health (ASH) had been pushing for a complete ban on duty-free tobacco.

But director Stephanie Erick said the group was pleased to see a reduction. "With a set of measures it works together to help reduce smoking amongst Pasifika and Maori in New Zealand."

Ms Erick said duty-free tobacco undermined the effectiveness of raising the tax on cigarettes as a way of getting smokers to quit.

In particular, she said, attempts to reduce the high rate of smoking among Pasifika communities are being undermined by cheap, duty-free cigarettes from the islands.

A researcher at AUT University, El-Shadan Tautolo, said many Pasifika travellers routinely buy a carton of duty-free cigarettes to split up as gifts when travelling to and from the islands.

He said reducing the allowance to just two packs would relieve the pressure to buy cigarettes as gifts.

"With Pacific people who can often travel quite regularly overseas, it does end up being quite a substantial amount of tobacco that's obtained cheaply," Dr Tautolo said.

"If you're travelling in a group of say 10 or more of you, and you're able to use the allowance of each of those people that can add up to quite a few cartons of cigarettes. So reducing that down is quite a good thing."

Ms Erick said it was not just Pasifika travellers or smokers who feel that pressure. "There are a lot of non-smokers that get approached by even complete strangers for their allowance to be used. Anecdotally we know that a lot of Asian tour groups, their allowances are used to be able to bulk buy duty-free cigarettes."

Auckland Airport says Asian travellers are likely to be most in need of information about the duty-free tobacco changes.

Retail and commercial manager Richard Barker said it was important for New Zealand's reputation as a tourist destination to inform overseas travellers about the new rules well ahead of time.

"So they don't get frustrated and angry if they turn up with tobacco they've bought overseas and have it confiscated. It's going to be really important that we work together with the Government to have an education programme so that people don't buy duty-free in foreign airports and then try to bring it into New Zealand."

Mr Barker said Australian passengers should not have any difficulty because they've had the same duty-free allowance since 2012.

"I think it's more likely to be the countries in Asia where people are more used to being able to buy cartons of smokes and bring them in."

Auckland Airport estimates it could lose up to $8 million a year from reduced sales of duty-free tobacco.

The Government expects to earn an extra $50 million a year in excise tax from the new duty-free tobacco limit.

Mrs Turia says she looked at abolishing the duty-free allowance completely but it wasn't practical.

"It would have potentially created considerable compliance costs for Customs in processing passengers at busy airports."