A passenger in a car held up for more than six hours during a police operation says she was denied basic human rights.

The Independent Police Conduct Authority has ruled police breached the human rights of hundreds of people at a boy racer event by unlawfully detaining them for up to six hours in Christchurch two years ago. 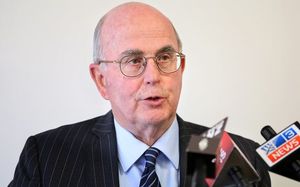 The ruling relates to an incident in Bromley in February 2012, during an operation backed up by officers in riot gear.

Large numbers of drivers arrived for a self-styled charity cruise for earthquake relief, and before long police witnessed disorder and drivers doing burnouts in their cars.

Officers then closed the road and ordered people to get into their cars and to stay there or be arrested.

This led to some people being stuck for six hours without access to toilet facilities, food and water.

One of those attending the cruise, Hannah Charles, said they could not eat, drink or go to the toilet.

"We did ask one of the police officers if we could order pizza and he said that we weren't allowed to do anything," she said.

"We weren't allowed to get out of the cars at all. We had to stay in the vehicle at all times. All (the) males were not allowed out until the very late hours of the night."

Ms Charles said they were told anyone who left their vehicle would be arrested.

The public wanted officers to uphold the law and prevent public disorder but car enthusiasts had the right to hold events, and police apologised, Mr McGregor said.