Many legal high shops nationwide have sold out ahead of a midnight ban on psychoactive substances, which the industry claims will force at least 30 business to close. 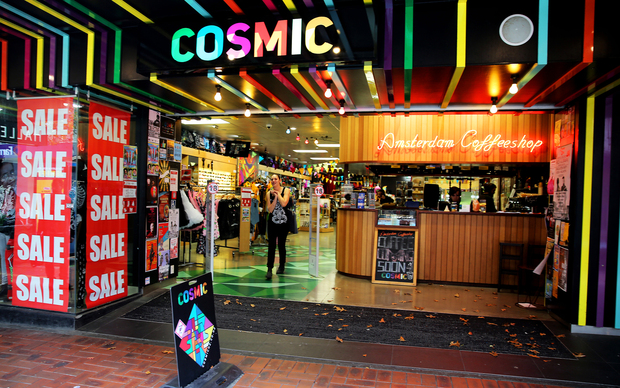 Parliament on Tuesday night passed the Psychoactive Substances Bill, which will make it an offence to sell, supply or possess the substances from midnight on Wednesday. Possession of even a small amount is punishable by a $500 fine.

The products will be allowed back on shelves only after being proven to be safe, without testing on animals.

"We can't guarantee that some of this product won't slip into the black market.

"Let's not forget though, organised crime have got a long history of manufacturing products, and I'm sure that they will pick up the mantle, if they haven't already, very, very quickly."

The ban on the legal highs would cost nearly 200 jobs, Mr Hall said.

Health workers have been told to expect between 150 and 200 legal high users across the country to suffer significant withdrawals.

The Ministry of Health has given District Health Boards (DHBs) the estimate so they can be prepared for more people going to their doctors, mental health services or emergency departments in the coming weeks.

But he believed addiction was worse in the regions.

"The mental health and addiction services in the Coromandel, which is a large catchment to our DHB, were inundated and virtually most of their outpatients had legal highs as part of the recipe of their issues," Dr Bonning said.

He believed it was great news the synthetic highs would soon be illegal.

Clutha District mayor Bryan Cadogan said the ban would create a black market for criminals wanting to exploit those who were dependent on the drugs.

Mr Cadogan said towns in the area were bracing for the fallout from people having to suddenly withdraw from synthetic cannabis and party pills.

Ms Wood, from a community centre in Hawke's Bay, said she was working with clients who had serious problems caused by legal highs all the time.

Authorities had little real idea of what they had done by rushing in the ban.

"They've just dropped it without any supports in place and it is terrifying these people," said Ms Wood. I'm working with a client right now that's in a real mess because of it because it's got nothing available for him once it stops so what are we expected to do with the mess that's been created.

There would be no support for people going cold turkey, with the law effectively creating a new and bigger problem, she said.

The Drug Foundation asked police to not prosecute those possessing the products for six months, in order for them to get help.

Executive director Ross Bell said there was an amnesty when the first legal high, BZP, was banned.

"We really need to remove any barrier to people seeking help and the fear of prosecution is quite a huge barrier," he said.

Meanwhile, Capital and Coast DHB head of addiction services Tom Flewett is calling for the decriminalisation of cannabis.

Synthetic cannabis was linked to more severe cases of mental illness than those linked to natural cannabis, tobacco or alcohol, Dr Flewett said.

Dr Flewett told Radio New Zealand's Nine to Noon programme decriminalisation would eliminate the biggest problem in treating cannabis-linked mental illness, and the fact that it was illegal prevented people getting proper treatment.

Dr Flewett said he would like to see a system similar to Portugal, where supplying cannabis remained illegal but possession was dealt with as a health issue rather than a criminal one. 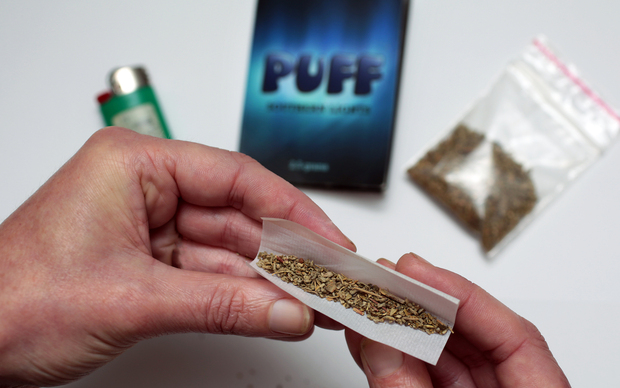 Businesses selling the substances have been trying to get rid of stock, with some offering discounts of up to 75 percent on Wednesday.

However those spoken to by Radio New Zealand News said trading was slow and they suspected users had been bulk buying in the two weeks since the law change was signalled.

Health Minister Tony Ryall warned people not to try to stockpile synthetic drug products before they were withdrawn from sale, and said police would be actively enforcing the new laws.

"It will also become illegal to possess these products so anyone thinking of stocking up today should bear that in mind," he said.

He believed the ban would not work because the industry would find ways to bring new drugs on to the market.

"They'll change the chemicals or whatever, and we're still going to have the same problem, or the black market. But it's a bit little too late because the Government should have acted on this 12 months ago.

Dr Susanna Galea from Waitemata DHB told Morning Report withdrawal generally appeared to be more problematic and complex than for cannabis and even people who had not used the drugs frequently would experience problems.

Dr Galea said people suffering from withdrawal needed to be monitored in severe cases, and she believed help is available for users.

Psychoactive products will be allowed back on shelves only after being tested, without using animals, and proven low risk. The Government has said, however, if evidence resulting from overseas animal tests helps prove a product is not safe, it can be used under the testing regime, to block a product from being sold.