The directors of a Wellington storage facility that caught fire are rejecting claims they breached their duty of care to customers.

Kiwi Self Storage in Kilbirnie caught fire in early April and the police have charged a 34-year-old man with arson.

On Monday, a group who leased units wrote to the company's directors calling for compensation and an apology.

But Kiwi Self Storage spokesperson Andrew Fraser said the company was not at fault. He said the facility met the building code and underwent regular compliance checks.

Rongotai MP Annette King had asked Internal Affairs Minister Peter Dunne to launch an inquiry into the fire but Mr Dunne said it was not needed. 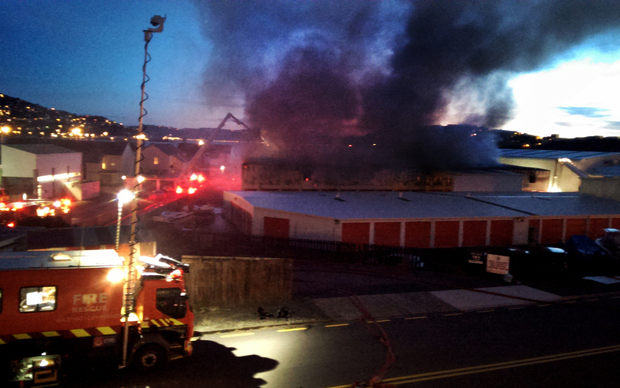 The fire at the self-storage facility in Kilbirnie on 4 April burned for more than 24 hours. Photo: RNZ / Diego Opatowski