You may notice a few changes to the Radio New Zealand home page today, as we give news greater emphasis on the website and continue a transformation from radio station to media company. 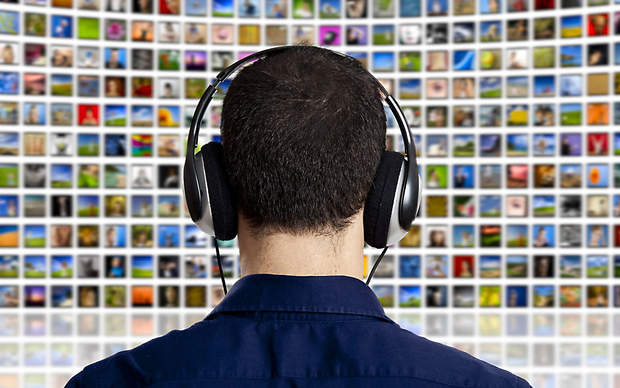 "They have a face for radio".

It is a self-deprecating comment used by people who work in radio, an industry that has historically presented its content through the most intimate of mediums - the human voice. That has meant a fabulous voice is more highly valued than Hollywood good looks, for on air work anyway.

Once, the face behind the voice was a mystery. But times change and like other sections of the media industry, radio is changing rapidly in a digital world that blurs the lines between broadcast and print content.

And that means images are becoming vital to our work, with more and more used to illustrate news on Radio New Zealand's website.

From today, the number of stories appearing on the RNZ website home page will nearly triple, and over time the front page will showcase the depth and breadth of material produced by RNZ staff every day - such as extensive political, business and regional reporting and the comprehensive Maori news coverage provided by our in-house Te Manu Korihi team.

This is the first small change of many in store for our website over the coming months.

Rest assured that one thing which will not be changing is the quality of Radio New Zealand's journalism. We remain committed to the highest standards of independent, impartial, and balanced reporting.

The public expects nothing less from any news organisation, but it is not always well-served.

One United States study suggested that some viewers watching TV news channels actually know less about what is happening in the world than people who watch no news at all.

There is no doubt that New Zealanders have a real thirst for quality news, and the desire for in-depth coverage of the big stories is borne out by the market research. RNZ's Morning Report is the most popular radio programme in the country, bar none, and Radio New Zealand is also the country's most popular radio station in terms of market share. It is only right that the radio network that all New Zealanders pay for performs so well in the face of tough competition from commercial radio.

Ninety-one percent of our listeners believe RNZ provides fair and balanced information, while 93 percent believe that RNZ contributes to the development of an informed society.

The challenge now is for Radio New Zealand to do as well online as it does on air.

This is a big task and means taking on the established giants of the media industry.

The end result will be that "radio with pictures" will no longer be a nonsense oxymoronic statement. Instead it will become the new reality available on all digital platforms, especially here at RNZ News.