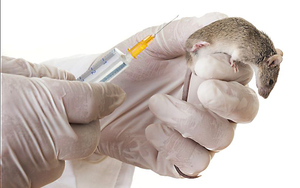 Legislation is being rushed through on Tuesday to ban all synthetic drugs unless they can be proven low risk by a testing regime which does not use animals.

Some scientists say animal testing is necessary to absolutely prove the drugs are low risk.

But Mr Dunne said there was already work going on in Europe to develop viable alternatives to animal testing.

The onus was on the applicants to come up with ways to test the drugs without using animals, he said.

Prime Minister John Key said the ban would make it harder for legal highs to make it back on to the shelves.

Mr Key said that, at the very least, the number which would meet that threshold would dwindle.

"I don't think there's any doubt about that, because as it gets more complex and, I would expect, more toxic... it is likely to become much, much harder for those to pass through," he said.

"But in the end, my own personal view is if none of these products re-emerge, that's no bad thing."

Mr Key said drugs would never be legalised or decriminalised while he was prime minister.

The Society for the Prevention of Cruelty to Animals (SPCA) welcomed the announcement animals would not be used to test the safety of recreational drugs.

Mr Key had intended to allow tests to be carried out on rats but not other animals such as rabbits but official advice was that testing of rats alone would be insufficient, so all animal testing would be banned in respect of synthetic cannabis and party pill products.

SPCA Auckland executive director Bob Kerridge welcomed the decision but said he wanted the Government to go further, with a ban on animals being tested for medical drugs.

He acknowledged such testing was common but said science was improving, and a complete ban was realistic.

ACT MP John Banks said he was over the moon at the Government's decision.

Mr Banks said it would be bad news for the National Party if it did not stand up against animal testing.

The Labour Party claimed credit for the move, saying the Government had caved in to public pressure.

It pointed to a Labour-initiated petition to end animal-testing, which gained 40,000 signatures within 48 hours during the weekend.

Labour MP Trevor Mallard said it was a massive victory for people who cared about animals.