A lobby for people suffering from disorders such as anorexia or bulimia says that eating disorders sometimes are not initially recognised by doctors. 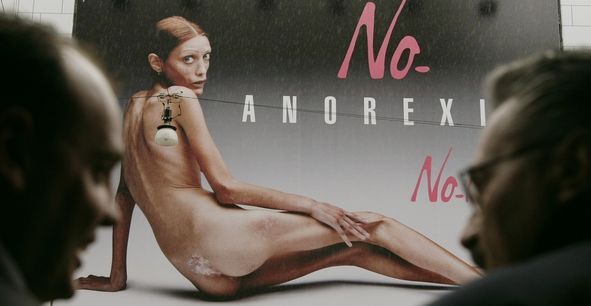 Denial is a symptom - an advertising campaign featuring the photo of an emaciated girl during Milan fashion week. Photo: AFP

The Eating Disorder Association chairperson Nicki Wilson says the reduction of stigma around the illness, coupled with an increase in awareness, has seen more people needing treatment.

Ms Wilson told Radio New Zealand's Sunday Morning programme that some doctors were not initially picking up on the symptoms.

She said one of the characteristics of an eating disorder was denial, so doctors needed to listen to parents who are asking for help for their children.