Online voting is again being urged as a way of stemming the decline in voting in local government elections. 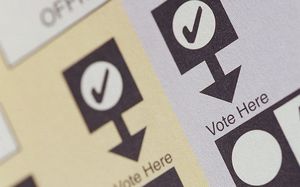 Figures from the Department of Internal Affairs show voter turnout has declined by 15 percent in the past 25 years, despite the introduction of postal voting.

Local Government New Zealand president Lawrence Yule said online voting will be trialled in 2016, or possibly sooner if a by-election takes place, and he hopes it will encourage more people to vote.

He also said very little is spent on advertising and education, compared with general elections and he wants that to change.

A Parliamentary select committee and the department are working on ways to boost turnout, and will make recommendations in the next few months.

Internal Affairs deputy chief executive Paul James said online voting has not increased the turnout in countries where it has been introduced, but it will be trialled here anyway.

He said the hope is that online voting will encourage younger people to vote, and at least maintain voting numbers, if not improve them.