Christchurch City Council and the Government are at odds over how much it will cost to fix the city's quake-damaged roads and pipes. 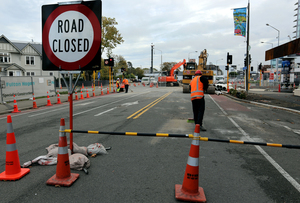 The chair of the council's finance committee, Raf Manji, said the council has estimated the work to cost $3.4 billion while the Government puts it at $3 billion.

Earthquake Recovery Minister Gerry Brownlee said he was surprised the Christchurch City Council was sticking to an old estimate for the city's infrastructure repair bill.

He said the Government's figure was based on a 14 month cost assessment by Treasury, the Canterbury Earthquake Recovery Authority and the council.

Mr Brownlee said he spoke with the council's chair of finance Raf Manji on Friday, but didn't receive a satisfactory answer as to why the old figure was being used.

Mr Manji said the Government and council are working through a process to agree on the final budget.

He said there were always plans to find savings within the budget, but at the moment the council had to find $400 million to cover projected costs.

A final check of the budget will be carried out by an independent body by 1 December.