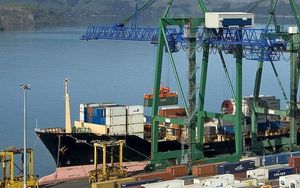 Discussions between the port company and the 11 workers broke down on Tuesday. The staff had already voted for a walkout on Friday night, and that will now be extended.

The staff are involved in the directing of ships and have been bargaining with the port since Christmas.

Lyttleton Port chief executive Peter Davie has not commented on the latest move. He has previously said the action would affect only one of three daily shifts, and he expected work to continue as normal.