Storms and floods in February and March caused about $25 million in damage, mostly in Canterbury. 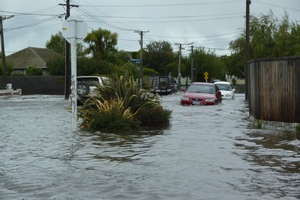 Mr Grafton said that storm system also hit Wellington and Hawke's Bay, but the brunt of the damage, totalling $19.6 million, was in Canterbury, with extensive flooding in Christchurch.

He said most of the damage in the region was to home and contents with $13.4 million in losses, followed by damage to commercial property of $2.8 million and motor vehicles of $2.5 million.

A less damaging storm also hit Canterbury on 23 February, when there was $3.3 million of insured damage from hail and a tornado.

The storm's intensity exceeded forecasts at the time and was upgraded to a 1-in-100-year event.

More than 100 properties were flooded in the worst-hit Christchurch suburbs of Mairehau, St Albans and Richmond.