An ambitious project will be launched on Anzac Day to photograph all surviving World War II veterans.

The Veteran Portrait Project is being run by the Institute of Professional Photographers in conjunction with the RSA.

There are about three thousand WWII veterans still alive, all now in their late 80's, 90's and a few over a hundred. 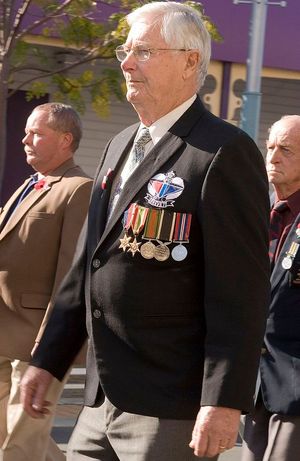 The aim is to photograph as many as possible on Anzac Day, wearing their medals down at their local RSA.

The national coordinator Anthony McKee says everyone realises it's a significant project.

"There aren't many similar examples where a body of photographers have gone out en masse to try and capture a group of veterans".

He says because there are about 15,000 veterans in this country from the many conflicts, it was decided to focus just on the men from the Second World War.

The president of the Institute of Professional Photographers, Mike Langford says the photographers will be asked to go for a simple pose.

"A basic portrait style, key light on one side, full light on the other, sitting or standing but basically from the chest up showing their medals and hopefully showing some character".

Anthony McKee says the plan is to display the photos in an exhibition.

The RSA says the project is very exciting and a fitting tribute to the veterans.

"Co-ordinating the photographers and around up to 180 RSAs in the country has been a very significant project but the outcome will be phenomenal".

He says the results will become a fantastic resource for future generations.

"This is the face of those who sacrificed everything, were prepared to lay down everything for the freedoms we enjoy today".

Many veterans won't be able to attend Anzac Day services or go to their local RSA but they haven't been forgotten.

Mr McKee says every effort will be made to track them down and photographers will probably spend the next three months taking their photos .

Over 100 professional photographers will take part in the veterans project.