Research shows most New Zealand women are failing to meet Health Ministry nutritional guidelines when they are pregnant.

Figures from a longitudinal study of more than 5000 women by Auckland University researchers found only 26% were eating six daily servings of vegetables and fruit and six of breads and cereals as recommended by the ministry.

The Growing Up in New Zealand study found 58% were consuming enough dairy products, and 21% were eating enough lean meat and other proteins. Only 3 percent of women met the standards across all food groups. 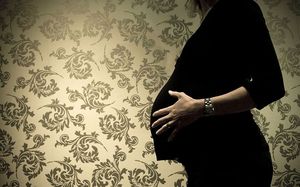 One of the lead researchers, Cameron Grant, said many women know about foodborne diseases like listeria, but are frequently eating takeaways, chips, lollies, and energy drinks.

"There's an enormous mismatch at present between what are considered appropriate recommendations for food group consumption during pregnancy, and what's actually happening," he said.

"Foods that the Ministry of Health recommend not to be eaten frequently, those that are high in fat or salt, we did find that some of those foods are still being eaten quite frequently throughout pregnancy."

Professor Lesley McCowan of the Royal Australian and New Zealand College of Obstetricians and Gynaecologists said that kind of diet is concerning.

"I'm particularly concerned about the high frequency of takeaway foods, particularly the hot chips, and also the sugary drinks, which we know are associated with the major problems we've got in this country with obesity."

But College of Midwives chief executive Karen Gilliland says a sound diet, rich in the protein, wholegrains and fruit and vegetables recommended during pregnancy is unaffordable for many women.

"Midwives struggle to get women to take nutritional advice in the way in which the guidelines are framed up, because actually you have to be quite well off to afford it.

"Unless you spell out menus for people, it's very difficult to get people to understand how you get all six fruit and veggies every day, and how you get two servings of meat, and three servings of milk products - I mean it's a big ask if you've got no money."

Ms Gilliland said many pregnant women find official guidelines hard to interpret, and especially to translate into their daily lives.

Cameron Grant said one solution might be the development of affordable new foods that satisfy nutritional needs.