Scientists are using one of New Zealand's most toxic lakes as a natural laboratory to study a bacteria threatening water supplies globally. Researchers want to find out why blue-green algae ramp up toxin production when concentrated together. 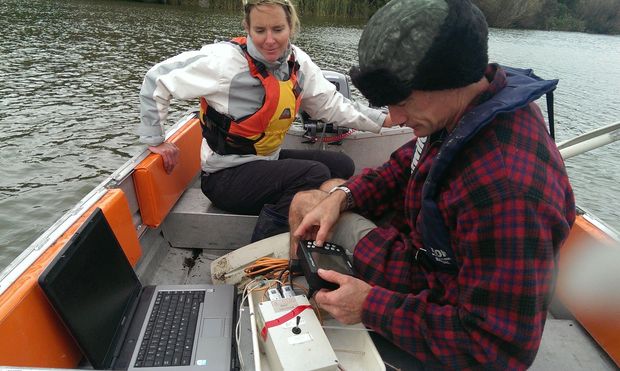 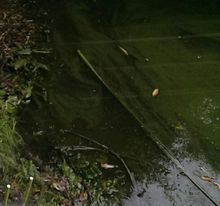 Lake Rotorua near Kaikoura is stained bright green by billions upon billions of the algae also known as cyanobacteria. Thanks to the shelter of the surrounding hills and high nutrient levels, blooms at the lake are so concentrated, the microbes form scum looking like green oil slicks on the surface.

Cyanobacteria are among the most primitive and widespread life forms on Earth. They live everywhere from scalding geothermal springs to ice-covered Antarctic lakes. Unfortunately, some of them are also toxic - and the levels at Lake Rotorua in the South Island can reach 200 times what is considered safe for drinking.

That toxicity is why a team of scientists have camped out on the lake's muddy shore. In 2013, Susie Wood from the Cawthron Institute made a remarkable discovery there - the cyanobacteria were pumping far more toxin than normal when concentrated together. 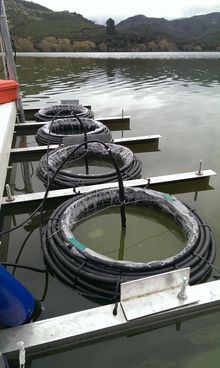 This year, Dr Wood and her team have returned to the lake to see if they can work out why the microbes are producing so much more toxin than normal.

Using a lake as a laboratory presents some challenges for the researchers. When something changes in the bacteria's toxin production, it's hard to tell what caused it. Was it the wind kicking up, or more sunshine, or a fault in the sensors?

But the scientists have come up with some novel techniques to overcome these problems. Cawthron's Jonathan Puddick is using metal probes chilled with liquid nitrogen to take samples of bacterial colonies on the surface of the lake.

"If you touch those colonies they just disintegrate. Now if we just hold it (the probe) over there we can form ice around it and actually isolate thos colonies and take them back to the lab." 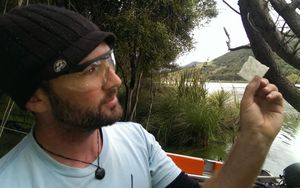 Despite the difficulties, Professor David Hamilton from Waikato University says it's vital to understand what makes toxic bacteria tick - and that's particularly true in places like China where millions of people rely water from lakes that are regularly contaminated by blooms.

"The worst case was in Brazil where mostly dialysis patients were getting water injected intravenously. The hospital had a problem with its drinking water treatment system and the water that they were taking was strongly contaminated. About 67 people died almost overnight."

Professor Hamilton says cyanobacteria blooms have cost millions of dollars in upgrades to water treatment plants, and that cost is often not factored in when people are considering the impact of nutrient runoff from farms.