Prime Minister John Key says he is in favour of changing the law to allow businesses to open if they want on days currently restricted including over Easter. 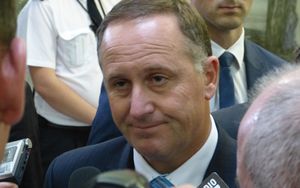 Most retailers are banned from opening on Good Friday, Easter Sunday, Christmas Day and Anzac Day morning, but some places like Queenstown are exempt.

However knowing that inspectors weren't going to be around at the weekend, the majority of retailers at nearby Wanaka defied the law and opened to cater for the 100,000 people in town - many for an annual air show.

Mr Key said on Tuesday he believed it would be a challenge to get a big enough parliamentary majority to change the current law.

"The problem you've got is it's always been a conscience vote and it's been a combination of the unions asserting its influence on probably the left of politics and joined by those who have strong religious beliefs. In my view, the law doesn't work very well and it should be overhauled."

But the Labour Party says if the Government wants to change the Easter trading law, it should bring an amendment before Parliament rather than simply not enforcing it.

Spokesperson for labour Andrew Little said he is stunned to think the Ministry of Business, Innovation and Employment has got a signal from somewhere that it no longer has to enforce the law.

In 2013, the ministry said 46 complaints were received nationwide and inspectors visited two companies. One was fined $1000 and the other $500.

Labour Minister Simon Bridges said since last year resources have been prioritised towards greater enforcement of minimum labour standards relating to the exploitation of migrant workers. He said businesses are expected to follow the law, but the new approach relies on complaints, as opposed to proactive action.

Complaints relating to this year's Easter trading would be investigated, and by lunchtime on Tuesday the ministry said it had received 18. 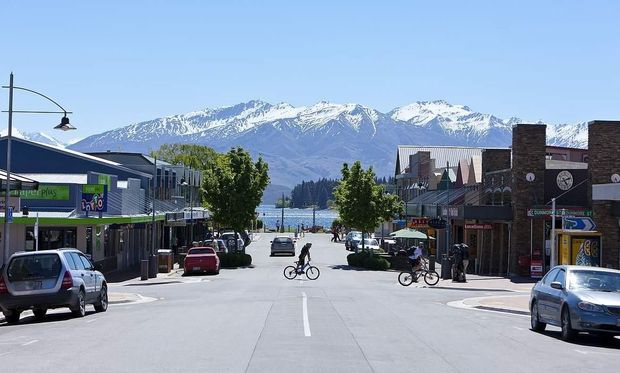 Retailers in Wanaka want the town to be treated as a tourist destination like Queenstown.

Despite the trading law, almost all shops opened over the weekend, when tens of thousands of visitors passed through the town for the Warbirds Over Wanaka International Airshow.

One retailer, whose business opened on Good Friday, said it was a really busy day. "It was like Christmas Eve for us here, there was no accommodation available in Wanaka, probably Cromwell and in Queenstown over the Easter period," said the woman, who wanted to remain anonymous.

She said Wanaka, as a tourist town, should be able to trade like Queenstown.

Another retailer, Sally Gordon, said shop owners need to open in holiday periods to make it through the quiet times. "(Wanaka is) also a tourist destination and people that come here expect things to do; they want to go shopping, they want to go out for dinner, they want to have drinks."

The local MP, National's Jacqui Dean, said she heard the ministry wasn't going to send inspectors to Wanaka this year.

Ms Dean said Easter trading laws are a joke, and if the ministry is not going to enforce the law, then the law should be changed to allow retailers to open legally.

"If inspectors aren't undertaking what they purportedly are meant to be doing under the law, doesn't it justify a review of that law being undertaken?"

Unsubstantiated means when the matter was investigated, the business has been a service provider - for example, a hairdresser which is allowed to open under the law.