British celebrity chef Nigella Lawson has been given a work visa to come to New Zealand, even though she has been refused entry to the United States because of drug-taking. 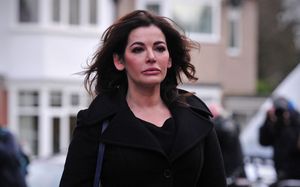 Ms Lawson is to make an ad for Whittaker's chocolate and required special permission from Immigration New Zealand to enter the country after being excluded from the United States.

The US turned down her visa after she admitted during a court case in 2013 that she had used cocaine and marijuana.

The TV star revealed during the trial of her former assistants that she took Class A drug cocaine with her late husband John Diamond when he found out he had terminal cancer, and in July 2010 when she claimed she was being "subjected to intimate terrorism" by her former husband, Charles Saatchi.

Immigration New Zealand said the US visa decision made her ineligible to enter New Zealand unless given a special direction. That had been now been granted, allowing her visa application to be approved.

Whittaker's said the British celebrity cook's honesty in admitting her drug use fits its slogan of "good honest chocolate" and it is not worried about her damaging its brand. The company said it does not support drug use in any way.