Police in Wellington are looking for a man whom they believe has committed two separate attacks on women.

Early on Sunday morning, a woman was attacked while walking home to her Victoria University student accommodation.

Police say the woman was aware of a previous attack and had walked home from work with two other people. She was attacked when she was alone, as she went up the path to her building at about 3am.

The man indecently assaulted her, then ran off when she screamed. 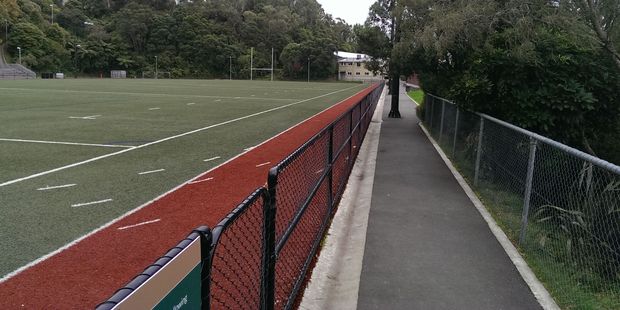 Part of the City to Sea walkway where the assaults happened. Photo: RNZ

On Saturday a woman was grabbed as she walked home in the same area at 1.55am. A man has been lurking in the area and there have been other incidents previously.

Detective Senior Sergeant Warwick McKee says the two incidents appear connected. He says the offender is described as a Pakeha in his mid-20s, of medium build, with light facial hair.

He says security in the area needs to be improved.

"Better lighting and signage up and obviously CCTV cameras in the area as well, coupled with more patrols and staff through the area just making sure that people are safe in the community as they're walking home."

Mr McKee says there may have been other, earlier attacks and anyone who has been approached or seen anything suspicious should report it to the police.