The New Zealand leader of an expedition on Mt Everest which lost three of its Sherpas in an avalanche on Friday, says the deaths are devastating. Up to 16 Nepalese guides perished. 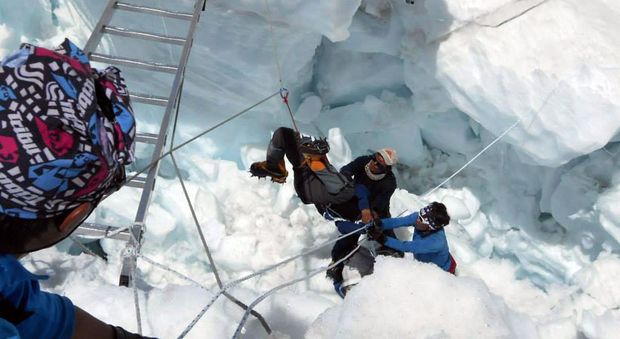 The rescue of a Sherpa after the Everest avalanche on Friday. Photo: AFP

A group of six international climbers is being led by Adventure Consultants from Wanaka.

Dean Staples said the avalanche could be heard from base camp.

From there, he told Radio New Zealand News, it did not take long to work out what had happened and such a devastating incident has always been possible.

''I never thought it could happen on my shift,'' he said.

Mr Staples said the expedition's Sherpas have been given the opportunity to go home for a few days or the rest of the climbing season. He said he can't make a call on whether the expedition will keep going so soon after the end of recovery efforts.

A former guide in the Himalayas - Pemba Sherpa - says the Nepalese guides don't have the same insurance cover as international climbers.

"I wish the climbers that are coming from abroad and the companies that hire our sherpa guides in Nepal would be insured by the clients that come from abroad with better benefits."

Pemba Sherpa says the job is a very dangerous one.

Base camp police official Timilsina told AFP climbers had suspended all expeditions until the completion of rescue operations.

It was the first major avalanche of the 2014 climbing season. Nearly 250 people have died on Everest, which is on the border between Nepal and Tibet. The previous worst toll occurred in May 1996 when eight people died in two days during a storm.

The tragedy was recounted in the book Into Thin Air by Jon Krakauer, a US mountaineering journalist. 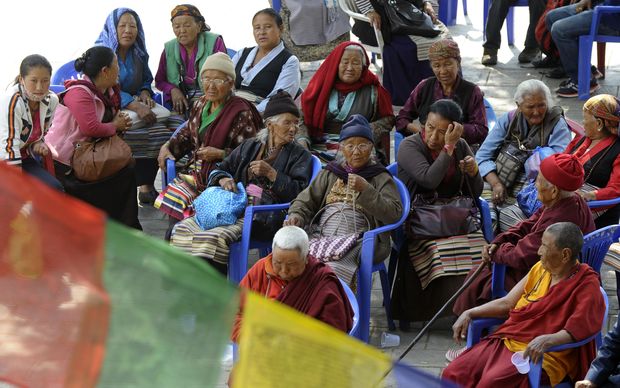 Relatives of the dead Sherpas wait at the Sherpa monastery in Kathmandu on Saturday. Photo: AFP

The government has issued permits to 334 foreign climbers this season, up from 328 for all of last year. An equal number of guides also climb to help the foreign mountaineers.