Victor Purkiss and Kent Parker have been ordered to pay Mr Karam more than $500,000 for making persistent defamatory attacks against him on Facebook and a website. 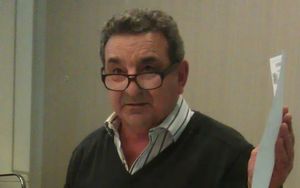 The payment is one of the largest awarded in a defamation case in New Zealand.

A law professor at Canterbury University, Ursula Cheer, says social media sites are subject to the same scrutiny as other websites and anything posted there is at risk of defamation action if it's wrong.

Ms Cheer says online publishing could be seen as more dangerous because the message can be forwarded to reach a much wider audience than originally intended.

Mr Karam has said the men's comments were made worse because the sites were referenced in mainstream media, and the judge in the case agreed with him.

Justice Courtney said about 50 defamatory statements were made by Mr Purkiss and Mr Parker and few aspects of Mr Karam's reputation were left untouched as they accused him of dishonesty, fraud, and lack of integrity, among other things.

Mr Parker, whose share of the damages is $350,000 said it is the sort of amount he would expect a large broadcasting organisation to be ordered to pay - not two people who ran comments seen by 30 or 40 people.

He said he would appeal against the judgement because of errors of fact and the way the trial was conducted. He believed the amount awarded is disproportionate and can't afford to pay it.