A mudslide in Wellington forced occupants from two properties in Oriental Bay on Wednesday night.

The Fire Service said there was a burst water main in the area at the time, about 9.30pm, but that may not have been the cause.

The slip measuring about 10 metres fell from the corner of a property on McFarlane Street above Oriental Parade. It fell onto an apartment building below and covers almost the entire wall of the apartment at the back of the ground floor.

A two-storey house on the property above was evacuated and the area around the slip remains cordoned off on Thursday.

The slip includes small bushes, several fences and small to medium trees, as well as a large amount of mud and clay.

The broken water main considered to be a possible cause of the slip is still dripping and can be seen about halfway down the slip.

There has been steady rain in Wellington since Wednesday. 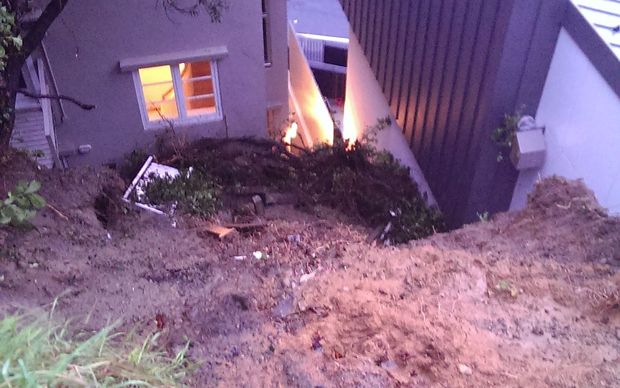