The Real Estate Institute's national house price index, which smoothes out distortions caused by more or fewer more expensive houses selling in any month, rose 3.4 percent in March from February. It was also 9.2 percent higher than in March last year. 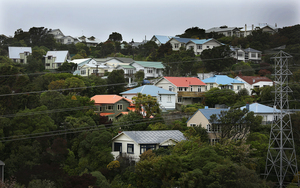 Houses also took eight fewer days to sell in March than in February, another sign of a tight market.

Ms O'Sullivan says there's been a noticeable shift in sales towards higher valued properties and the impact of lending restrictions on first-home buyers in quieter districts remains strong.

An Auckland real estate agent says he has missed out on sales because of the restrictions on low mortgage deposits. In October last year, the Reserve Bank imposed a limit on banks lending to people with low equity.

Institute figures show sales of properties under $400,000 have fallen by about 22 percent in March, compared with the same month last year.

Craig Smith, an agent with L J Hooker in Titirangi, says that is a direct result of the restrictions, and he's feeling the impact. He says he has missed out on about three or four sales.