The Local Government Commission is being accused of trying to force a super-council on a region which doesn't want it. 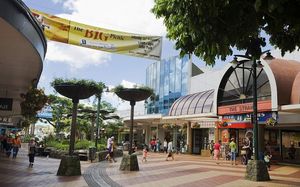 The commission has been hearing submissions in Whangarei on its proposal to replace Northland's four councils with one unitary authority.

Whangarei accountant Frank Newman told the commission its report was sub-standard, and identical in parts to the proposal it had written for council reform in Hawke's Bay.

He said the commission had a pre-set agenda to reduce the number of councils and mayors the Government had to deal with and had closed its mind to opposing views.

Other submitters echoed those views, with only one in support of the reorganisation, in a hearing lasting several hours on Wednesday.

Commission chair Basil Morrison rejected the assertion, saying it was independent and not instructed by the Government.

The commission would issue a final proposal after the current round of hearings, if there was demonstrable support for reorganisation in Northland, Mr Morrison said.

But he said council reform could not be forced on the region, because electors could ultimately defeat the proposal in a poll if a majority opposed it.