Authorities who investigated the death of an Otago prisoner say they will not reveal what they found until a coroner's inquest has been held.

After a major investigation, police have decided not to lay any charges into how Jai Davis died in a cell at the Otago Corrections Facility near Milton in February 2011. His mother, Victoria Davis, says she is appalled and devastated by the decision. 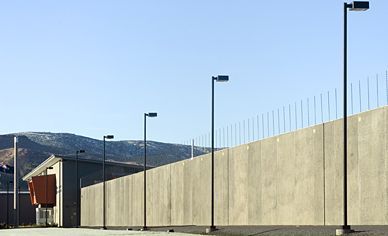 Outside the Otago Corrections Facility. Photo: Department of Corrections

In the past three years, the Corrections Department and police have investigated the 30-year-old's death, but won't release details until Coroner David Crerar holds an inquiry.

Police and Corrections Minister Anne Tolley said on Wednesday she can't discuss the matter until Mr Crerar reports his findings.

"What we can say is that any death is a tragedy and you feel for the family. But the reality is, there's a coroner's inquiry still to come so it would be totally inappropriate for me to make any comments ahead of that."

Mrs Tolley says police have told her their investigation was thorough and she has no reason to doubt that. Mr Crerar has not yet set a date for the hearing.

Jai Davis died in a cell at the prison of a suspected drug overdose, and there have been allegations that prison staff contributed to his death by failing to care for him properly.

The death sparked an internal investigation by the Corrections Department and then a police investigation. The three-year police inquiry was slow, but picked up speed in April last year after a complaint to the Independent Police Conduct Authority.

Radio New Zealand first revealed the investigation in September last year, as well as the mounting concerns about the length of time police were taking to decide on charges.

Davis was carrying drugs when he entered the prison on remand - something Otago prison authorities knew from an intercepted phone call.

Radio New Zealand has been told the father-of-six either swallowed the drugs or had hidden them in his body.

It is understood prison staff put him in what is called an at-risk cell and he was effectively left there with some observation but little treatment for more than two days, after which he died in the night. 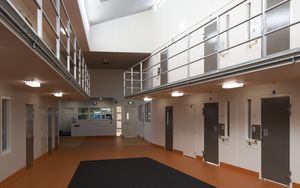 Inside the Otago Corrections Facility. Photo: Department of Corrections

Mother devastated at no charges

On Monday, police called Davis's mother, Victoria Davis, and told her they had decided not to prosecute anyone over his death.

The investigation had been extensive - police interviewed about 70 people, including many current and former prison guards and nurses, some now living in Australia.

Detective Inspector Steve McGregor said it was complex, involved a lot of staff and all the relevant facts were considered.

A range of possible charges were considered against individuals, including duty of care charges, not providing the necessaries of life, or manslaughter. However, there was ultimately not enough evidence to meet the threshold required to run a successful criminal prosecution.

Ms Davis says she is devastated and there had been no justice for her son. She was "gutted" and "appalled" that no prison officers were being charged.

She told Radio New Zealand's Morning Report programme on Wednesday that Jai absorbed drugs hidden in his body and died after two days because he did not receive the medical treatment he needed.

Ms Davis says her son was no angel, but should not have died when the staff had so many opportunities to save him. She says those at the unit he was in knew about the drugs.

"A nurse said when they were bringing him in, 'If you think he's got drugs on him he should be at hospital.'"

Ms Davis said she did not know how to tell his children why he died.

Victoria Davis' lawyer Anne Stevens, who had previously represented Jai Davis, said the police investigation was hopeless in the early stages and had changed hands often, although that had improved last year.

Ms Stevens said she believed there was enough evidence for the police to lay manslaughter charges.

"I am extremely disappointed they have taken that stance. Being familiar with a good portion of the material, certainly not all of it, I would have thought that was sufficient to prosecute," she said.

One of the key pieces of evidence is internal video footage Ms Stevens got from the Otago prison, which showed Davis in his cell the whole time. It clearly showed he was not moving but was not visited overnight on the Sunday - either by guards or nurses.

He should have been hospitalised but never was, and it was possible he would have lived if that had happened, she said.

Drug and alcohol counsellor Roger Brooking, who complained about Davis's death to the Independent Police Conduct Authority, says Corrections is getting away with letting a prisoner die.

Mr Brooking says police last year charged a mother with manslaughter after she left her baby alone to talk on the telephone and Davis was left alone for an entire weekend.