The first of the KiwiRail locomotives taken off the rails following the discovery of asbestos began operating again on Tuesday. 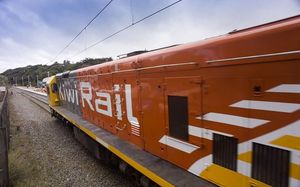 Forty new Chinese-built locomotives were removed from service on 28 February after it was confirmed asbestos containing materials were used in their manufacture.

Services in Northland, where no trains have been running, are expected to return by the middle of April, he said.