The Government is being urged to tighten legislation and give homeowners better information about companies that claim to clean up the sites of "clan labs" after allegations that some mislead consumers and employ unfair trading practices. 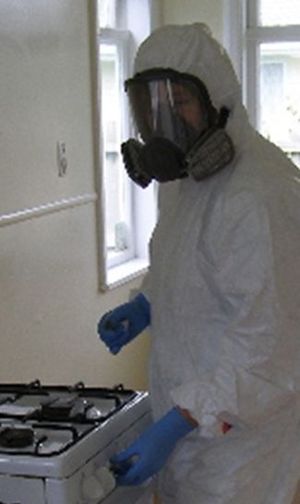 Meth contamination of a house can be so severe that the only options are demolition or an expensive cleanup.

One affected homeowner, Linda, says she got two starkly different quotes for decontaminating her house - one for $21,000, the other for $60,000 - and it was hard to know whom to trust or what to believe.

A real-estate agent who wishes to remain anonymous says some testing companies are creating false readings, scaring off potential purchasers and putting fear into people. She says the companies then suggest to vendors that they have to get another company in to do further testing or provide decontamination services.

A company that gives legal advice to the property management industry says the Government needs to provide better information about the meth testing and decontamination sector.

Mathieu Holt, who's a director of the Tenancy Practice Service, says the industry is looking for leadership and a government website would dispel some of the myths by giving neutral information.

"Even doing the research for a training session the company's putting together, the amount of information out there is really confusing," Mr Holt says, adding that "having an unbiased website would be fantastic".

Do local authorities have to be told?

There is also confusion about whether cleanup companies have to tell local authorities if a home they test is contaminated. One homeowner, John, is upset that a company called Drug Testing Services West Auckland told the local council his home was contaminated.

John Hickmott, who describes himself as a director of Drug Testing Services, says the company has now cut ties with the West Auckland agency. But he says it had no choice but to tell the council, as it had a legal obligation to do so.

However Local Government New Zealand says a homeowner is not obliged to tell the council their house is contaminated - although president Lawerence Yule says that if a council learns of the contamination through sources such as police, then the information could end up on the house's LIM report.

The Insurance Council says landlords can now insure against contamination by tenants' meth labs, although chief executive Tim Grafton says that doesn't extend to homeowners running their own P-lab. 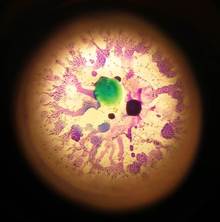 A meth sample being prepared for analysis. Photo: SUPPLIED

The Ministry of Business, Innovation & Employment says there is no regulation of the meth contamination testing and cleanup industry. But in a statement to Radio New Zealand, consumer issues team leader Joanne Kearney says it's concerned about some companies' practices.

She says the consumer information team has not had any complaints about these companies but is very concerned about the allegations against them.

"Currently, like any company offering cleaning services these companies are subject to the Fair Trading Act which makes it illegal for traders to mislead consumers, give them false information or use unfair trading practices.

"However, this does appear to be an area where there is potential for abuse because the problem is undetectable to the homeowner and it is also highly emotive and involves the potential for harm.

"If a business is falsely representing that there's a need for services by saying a home is contaminated, then it is a breach of the Fair Trading Act and this is something that the Commerce Commission should be made aware of".

The Commerce Commission says it has had a couple of complaints in this area but both failed a screening process and were not taken further.

There are no plans to regulate the industry, but the Health Ministry has issued advice as guidelines for DHBs and local bodies faced with meth lab contamination.