Sir Peter Jackson's private jet is being used in the search for the missing Malaysia Airlines plane. 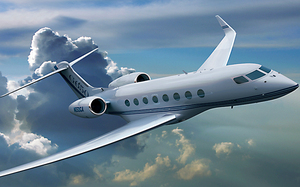 Flight MH370 disappeared about an hour into a flight from Kuala Lumpur to Beijing on 8 March, with 239 people on board. The search is over the Indian Ocean, west of Perth.

A spokesperson for Sir Peter confirmed his Gulfstream G650 jet is being used in the search for the Boeing 777.

The Joint Agency Co-ordination Centre declined to comment, other than to say a civilian jet is being used as a communications relay for military aircraft searching for the airliner.

Retired Air Chief Marshal Houston is leading the centre, which has taken over from the Australian Maritime Safety Authority in co-ordinating the search and distributing information about it.

Sir Peter bought the Gulfstream G650, registration ZK-KFB, in March last year - reportedly for about $80 million. Built in 2013, it can travel from Wellington to Alaska without needing to refuel and can fly close to the speed of sound.

The makers of the Gulfstream G650 describe it as an "ultra-high-speed, ultra-long-range business jet".