Hundreds of leaky homes are having to go through a second round of repairs, after the first set failed, lawyers say.

Legal firms have told Radio New Zealand that failures are often due to cost-saving measures, with damaged areas being specifically targeted rather than re-cladding whole buildings. 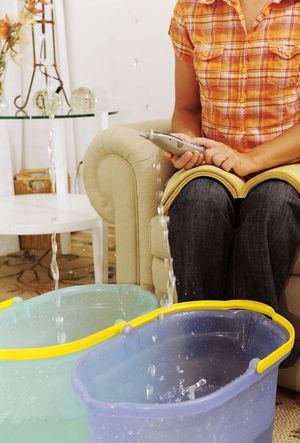 Information released under the Official Information Act reveals that the Ministry of Business, Innovation and Employment does not record repairs to leaky homes, unless they were fixed under a Government scheme. Nor does it collect information on repairs to homes where the repairs have failed.

Under the financial assistance package, the Government and councils each pay 25 percent towards the repair and the homeowner pays the rest.

When it was announced four years ago, the Government predicted the scheme would fix 16,450 homes, but only 87 leaky homes have been fixed. However, the ministry has approved repair plans for another 364 and a further 3000 have qualified for assistance.

Paul Grimshaw, an expert lawyer on leaky homes, said on Wednesday that his firm at present acts for about 6000 owners of leaky homes - more than 1000 of them failed repairs. Mr Grimshaw said cases are soul-destroying for homeowners, who face another year or two of court action.

Building and Construction Minister Maurice Williamson said on Wednesday he would not make any changes to the Government scheme to help repair the houses, despite a low uptake.

Mr Williamson told Radio New Zealand's Morning Report programme the scheme was another option for homeowners and, when it was unveiled, the Government was unsure how many would take it up. He said the low number did not mean the scheme was a failure.

No surprise for some

Those who deal with leaky home owners say they are not surprised that not many are taking advantage of the scheme. Auckland lawyer Sarah Wroe from Martelli McKegg, who represents leaky home owners, said the Financial Assistance Package (FAP) wasn't a good enough offer for many people.

"We're finding that claimants don't want to take up that offer when they can recover a hundred percent of repair costs and other consequential losses by pursuing the claim either through the Tribunal or in the courts. It's just not enough for homeowner's who've got a good claim."

Home Owners and Buyers Association president John Gray said the numbers taking up the package have been disappointing but were not surprising given few are aware of the scheme's limitations, which had reduced the liability for councils and the government.

"So what has happened is that a very, very large number of those homes that they were considering as being potential candidates for the FAP have fallen off the 10 year cliff. So they've fallen outside the 10-year limitation and they are therefore unable to file a claim under the Weathertight Homes Resolution Act and therefore not eligible for the FAP scheme."

Mr Gray said by not recording information about leaky homes, ministry officials haven't got to grips with the problem.

"Their level of awareness is very low in that they have received, I know of three claims that have been filed in recent times where they have been subject to a failure of a repair that was undertaken under a previous WHRS claim. So we're coming round to a secondary failure and a second claim under the WHRS."

That was backed up by Institute of Building Surveyors president Philip O'Sullivan, who said he had encountered a high rate of repair failures in the past because people focused on costs, not quality. He said mistakes still happened, and it was a lesson which had not been learned.

"No one at that Government level has really grasped properly the problem, never learned the lessons of leaky buildings. Quality does cost money but lack of quality costs more. Things do fail, and they come around again and again. This is proof of that."

Richard Mills, a homeowner who repaired his house under the scheme, said he was now in a largely improved house, but had to go through a lot of bureaucracy first.

"It's been a nightmare. I've got to to say that people with less tenacity and perhaps those who were a little bit less comfortable and confident about taking on a project of this scale would probably have thrown their hands up in despair."

Mr Mills said he was surprised at the low uptake but that he only found out about the scheme from an advertisement.

The assistance package also has a time limit: applications must be filed within the next two years if homeowners want to make a claim under the FAP.