Conservation groups say new funding for community projects could be wasted if volunteers don't have the support they need from the Department of Conservation.

The department has been given $26 million over four years to parcel out to conservation and recreation projects. 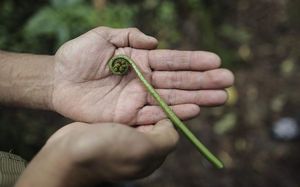 The Royal Forest and Bird Protection Society of New Zealand and the Friends of Flora group say DoC volunteers need more help from the organisation to maintain biodiversity.

Friends of Flora spokesperson Maryann Ewers says its core group of volunteers is small and is already overwhelmed by the work it does. Ms Ewers says it's not just money that groups like hers need.

"Unless the money is spent wisely by any group using best practice ... on their projects, all that money could be totally wasted. All of the groups need the input from DoC to ensure they are doing it to best practice."

Ms Ewers says she would rather see DoC use the money itself on projects such as three-yearly drops of 1080 poison.

She told Radio New Zealand's Nine to Noon programme on Tuesday that DoC was spending money on recreational amenities such as tracks and huts but not enough on species protection.

DoC director-general Lou Sanson told the programme it was recruiting staff after its restructuring, and after spending money on large programmes such as 1080 drops.

Mr Sanson said the department is working with businesses and putting money into supporting volunteers and attracting new ones.

"We are looking seriously at how we get new volunteers. We've been working with Fonterra on some ideas around Milk for Schools and school children getting involved in riparian management. We know there is a problem of succession of volunteers."